Senate Bill 330: Complicates Development But Does Not Solve Housing Challenges

The bill is complex and is bound to other laws including the Housing Density Bonus Law.  SB 330 would take away significant authority from cities and counties, reducing their review and approval powers over developments that shape their communities. This shift is reinforced in three ways:

SB 330 would affect all cities in California and place extra restrictions on “affected cities and counties” defined below. It may expose some municipalities to a barrage of appeals and lawsuits, yet it contains no apparent effort to address the housing affordability crisis. For all cities, SB 330:

In addition, nearly 450 cities and unincorporated parts of counties would be classified as “affected” (see list below), and face further restrictions on their review authority over proposed housing developments:

In some cities and counties, the changes proposed may have little impact. In others, the impact of the changes may more extensive. A simplified comparison of the development review process currently and under SB 330 is shown below, which illustrates some of the implications if SB 330 is approved. This graphic shows how the statewide standards in SB 330 affect a typical, simplified development process from proposal to approval. 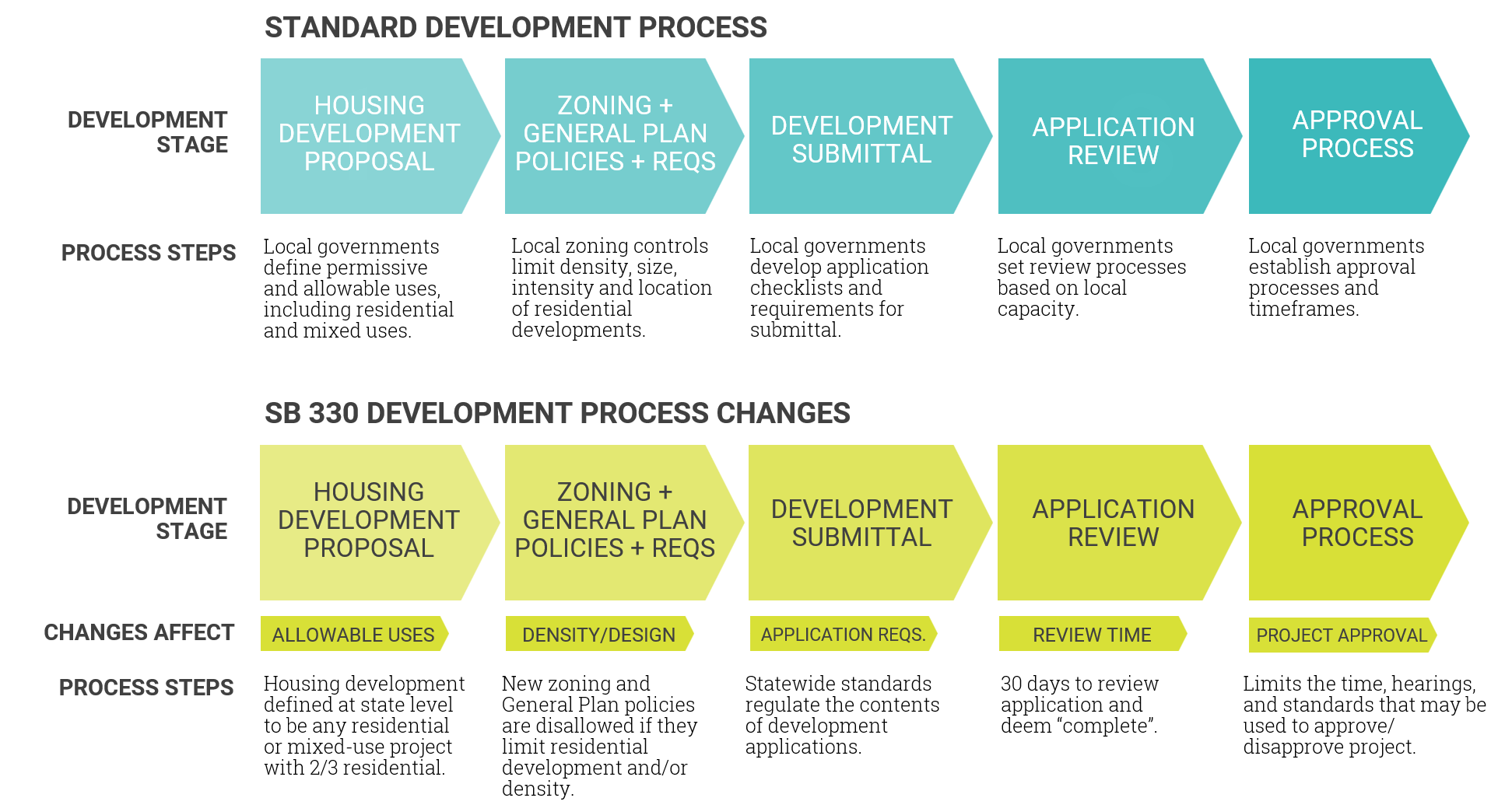 If the goal of SB 330 is to streamline the development of housing in California, the bill should target local practices that limit housing development (especially affordable housing), instead of taking a one-size-fits-all approach to application requirements and procedures. Although standardized, and in some cases simplified, application processes could help some cities, these recommendations should be implemented as statewide best practices, not as mandatory process requirements. A few changes that could help SB 330 meet its stated goals include:

SB-330 states that an “affected city” is “a city, including a charter city, that the Department of Housing and Community Development determines, is in an urbanized area or urban cluster, as designated by the United States Census Bureau.”

Similarly, an “affected county” is “a census designated place, based on the 2013-2017 American Community Survey 5-year Estimates, that is wholly located within the boundaries of an urbanized area, as designated by the United States Census Bureau.”

Using the language in SB 330 and data supplied in the American Community Survey 5-year estimates (2013-2017), “affected” counties where at least 90% of the population is in the designated urban area. 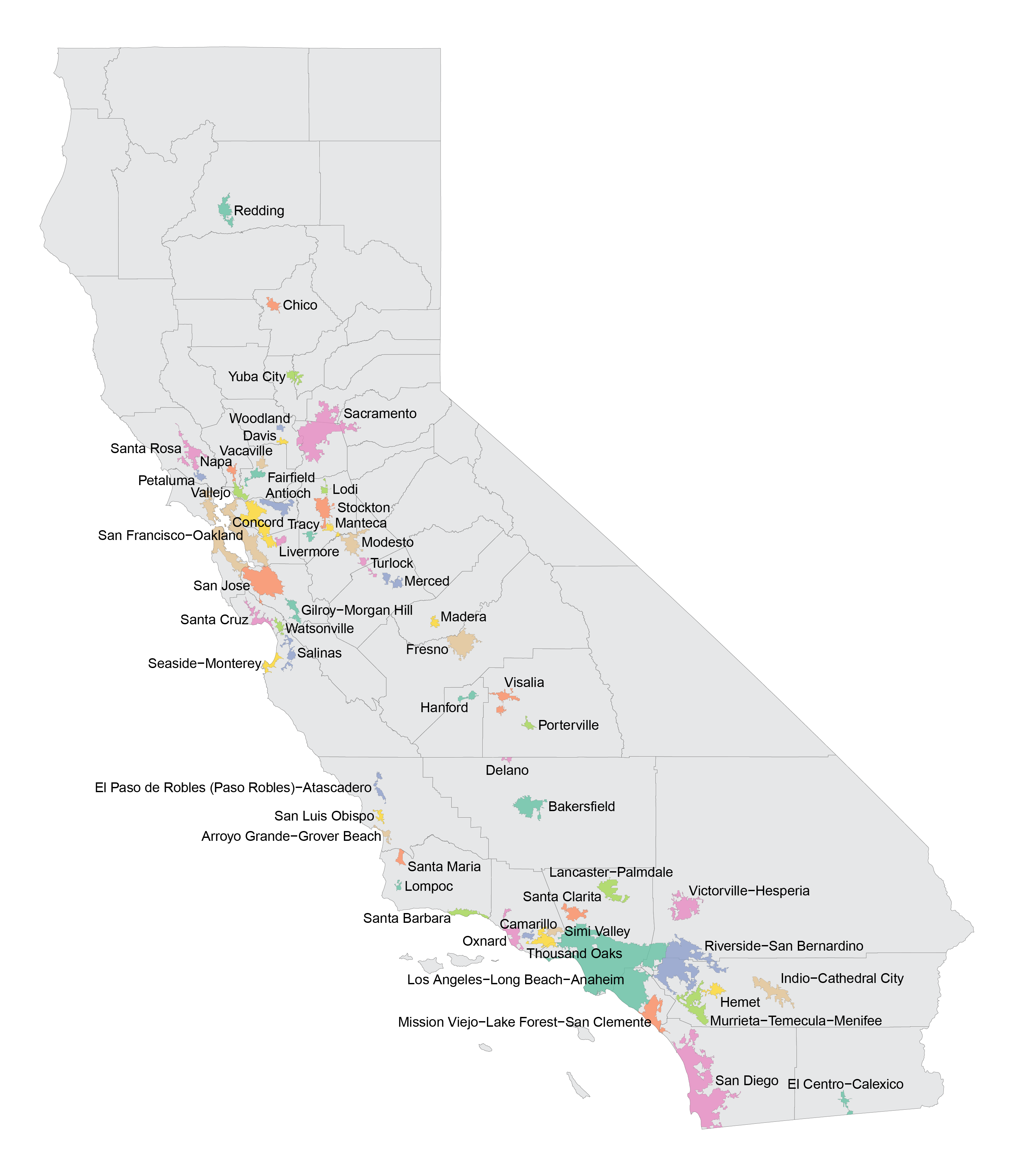 SB-330 refers to the average rent but ACS 5 year only references median rents.