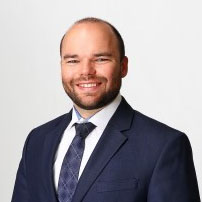 Greer is a teacher, attorney, and human rights activist, who has dedicated himself to improving the lives of the young people he teaches and outcomes for some of society’s most vulnerable residents. Greer worked at the Santa Clara County District Attorney’s Office and a number of prominent law firms in the Bay Area before deciding to leave the law to pursue his work with at-risk youths. When he is not teaching Greer spends much of his free time working
to improve the community he lives in. At Joe Simitian’s invitation Greer joined the Santa Clara Human Rights Commission in 2017 where he currently serves as Vice-Chair. He is also Chair of the Santa Clara County Justice Review Committee. At the city level he chairs the Palo Alto Midtown Residents Association, and is former Chair of the Palo Alto Human Relations Commission (2013 – 2017). Greer received his Bachelor’s degree in Political Science from the University of California, Irvine, and his JD from Santa Clara University School of Law.

Greer grew up in Palo Alto. He attended Duveneck Elementary, Greene (formerly Jordan) Middle School and Palo Alto High School. He has lived in Midtown for the last ten years, and before that lived in Barron Park.