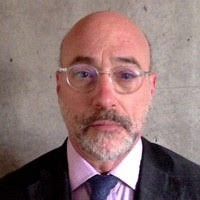 Asher is a serial entrepreneur, CTO, strategist, product innovator, and creative disruptor. He founded three VC-backed startups in networking, telecommunications and high-performance compute – Redback Networks, Tollbridge Technologies and Peakstream. He also helped build the first high-performance internet backbone routers at Wellfleet and invented the broadband access router – that enables fast home Internet – at Redback. He has raised venture capital from Accel Partners, Kleiner Perkins, Matrix Partners, MDV and Sequoia Capital. In the not-for-profit world he has served on the boards of the California College of the Arts and ZooLabs, and currently serves on the Architecture + Design Acquisition Committee for SFMoMA, the Linguistics and Philosophy Visiting Committee for MIT and the CLA Dean’s Cabinet for the University of Minnesota. Asher also served on Palo Alto’s Utilities Commission and currently serves on the Planning and Transportation Commission. He received his Bachelor’s degree from the University of Minnesota and his Master’s degree from MIT, both in Philosophy.

Asher has lived in Old Palo Alto for eighteen years, and before that in Professorville for eight.